Pjotr is Rein van der Mast’s (Rotterdam, 1969) stage name. 'When I was young, I played with Lego and Fischertechnik. My parents took me to many museums full of paintings and sculptures, which I still very much enjoy. I also like mechanical things, because of the way in which they interact with their environment, both physically and aesthetically. When something mechanical looks ugly in my eyes, it just feels like it will not perform well.' 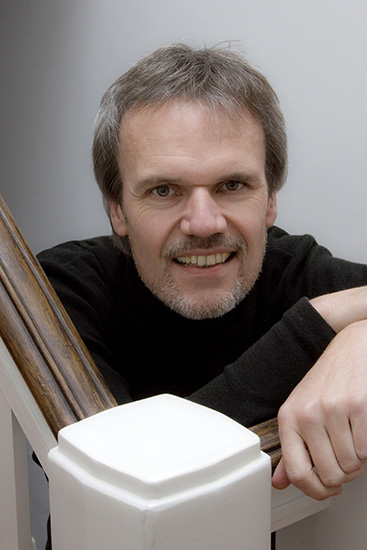 Rein studied Industrial Design Engineering at the Delft University of Technology. Whilst attending courses at the Faculty of Mechanical Engineering, he heard about a new manufacturing process. 'I think it was in 1992. This is where I learned how to build an object additively by merging countless indivisible volumes of material without using a mold or removing a surplus around it. Today, this is called 3D printing. To me, it was something revolutionary and its potential struck me deeply'.

Rein van der Mast: 'After having lead a design department and creating some successful consumer products, I felt it was time for me to become an entrepreneur, to focus on industrial design engineering enhanced by 3D printing, also known as additive manufacturing, to create knowledge and to share it with others. But in 1998, it was still too early for me to start a business based exclusively on 3D printing. So only for the last couple of years my focus has been primarily on 3D printing.' He founded SOLide (SOLutions In Design Engineering) consultancy bureau in 1998, where Pjotr came to live a couple of years later.

He began to explore digital sculpting and 3D printing metal objects in 2010. Rein van der Mast: 'I dreamed of creating precious objects with the latest technologies. The fountain pen would be my subject for merging art and technology.' So in 2013, after years of research, he introduced the first 3D printed fountain pen in the world. A titanium pen, with many sculptural details and integrated mechanics.

Then he was asked to become the Manager Design & Engineering of a young firm called Additive Industries, producing machines for 3D printing metal objects in primarily aerospace and automotive. He left after three years to refocus on consumer products, design and customization. And on Pjotr. He is the research leader 3D Printing in Matels of Fontys University of Applied Sciences in Eindhoven, The Netherlands (part-time).

Rein has proven the feasibility of digital sculpting and 3D printing by creating truly exclusive fountain pens with the most advanced techniques and materials.

This site uses cookies. By continuing to browse the site you are agreeing to our use of cookies.