The Dutch designer and technologist Rein van der Mast likes to disrupt how fountain pens are made. Instead of relying on proven technology like turning, a couple of years ago he started 3D printing titanium fountain pens and today he also 3D prints its fully functional nib. This enables him to create complex design features and even mechanical assemblies in a single 3D print.

Created for a special collaboration, with Pjotr's titanium nib as well as other non-metal 3D prints: the TypeONE of  3Dimensiuons. 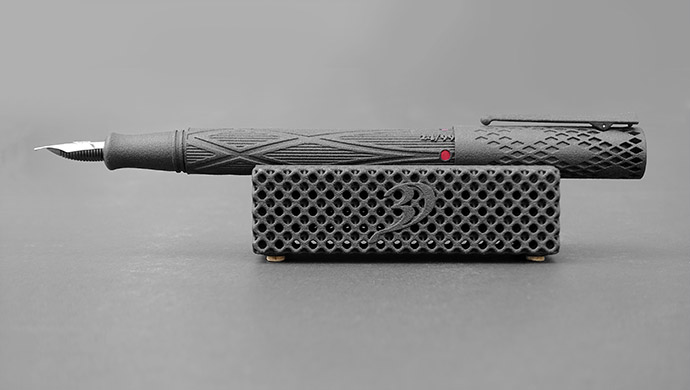 The Spica Virginis could not have been achieved without 3D printing. The first ones were only available in titanium. However, next to the standard model, while this technology is maturing, today one is available in 18K solid gold (white and yellow). And for those who prefer titanium over gold because of the pen's weight, there is an alternative: 3D printed in titanium and plated with 24K gold (with a tiny amount of cobalt for better wear resistance). 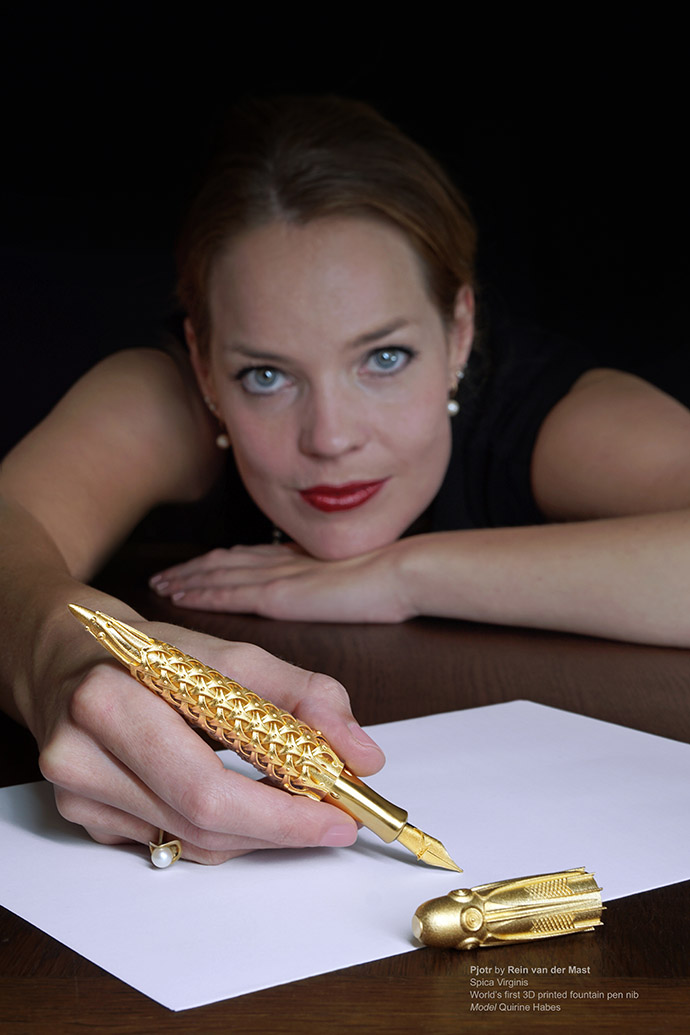 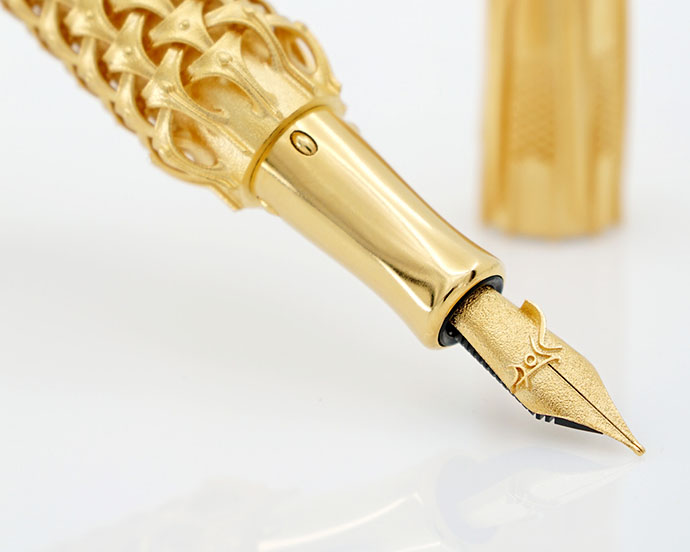 The one 3D printed in gold comes with the pen case, containing a ‘non-uniform lattice’, 3D printed in aluminum instead of coated Nylon.

The Spica Virginis is a limited edition, so of all variants no more than 100 pieces in total will be made, having the serial number incorporated in the pen’s barrel (relief).

Now there is the Spica Virginis, resembling a spike of wheat and named after the brightest star in the constellation Virgo, where the virgin holds a bundle of spikes.

Only 100 pieces will be manufactured, numbered and exclusively sold by the renown Dutch pen shop La Couronne du Comte. For sales, please visit its webshop or physical shop in Tilburg, the Netherlands.

Van der Mast also 3D printed the pen’s nib: “It is amazing what one can create by 3D printing. The nib is printed in titanium with the slit included. The current model is rather straight forward. This way however I can create very complex ink channels and precisely affect the way the nib interacts with the paper as well as the pen's user. And of course, this way one can also create very complex shapes for esthetic reasons.”

The results stimulated him to convert his effort into a patent application. 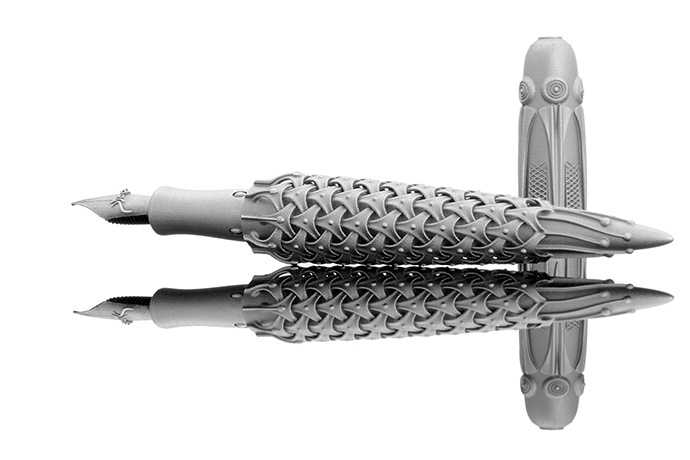 Also the pen case is extraordinary. Its structure is very complex and called a lattice structure. Structures like this are only feasible by 3D printing. Common benefits are in better stiffness-to-weight ratio. 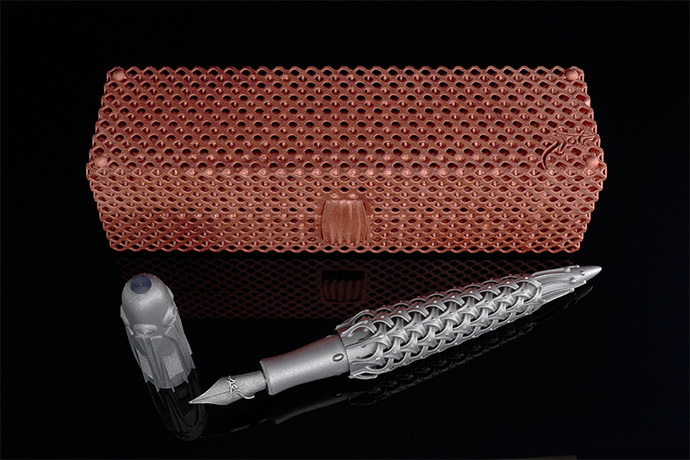 Because the patron saint of cavalry is Saint Georges, he has added the depiction of his famous legend, which includes a princess, a man named George and a dragon with appetite. It also includes elements of traditional cavalry (swords, lances, uniforms and horses) and modern cavalry (tanks and regiments), in three dimensions, as well as two lines from an old French adage: “A nos femmes, à nos chevaux.” The cassette or pen case resembles a traditional giberne or cartridge pouch, which today is a silver attribute of many Dutch cavalry officer’s ceremonial uniforms. Just like the fountain pen, it includes its owner’s initials or monogram.

The cavalry of the Royal Netherlands Army largely originates from the time that Napoleon was defeated, nearly two centuries ago. About a century ago, horses became tanks. However, in recent years three out of the four Dutch cavalry regiments have been discontinued and the Leopard 2A6, one of the most outstanding main battle tanks in the world, was put on sale.
This fountain pen reflects an important part of Dutch, as well as European, army history.

Most parts were made by industrial 3D printers. That makes this piece the first 3D printed fountain pen in the world

Rein van der Mast: “Perhaps you have no connection with cavalry whatsoever. Well, that is part of the concept. Pjotr pens are either unique or one of a small series. This piece, being a proof-of-concept, greatly increased my knowledge.”

This site uses cookies. By continuing to browse the site you are agreeing to our use of cookies.